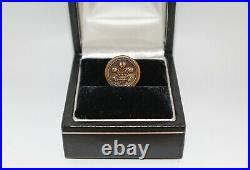 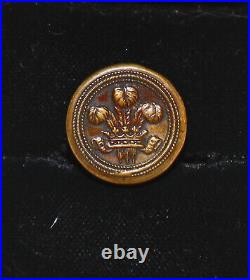 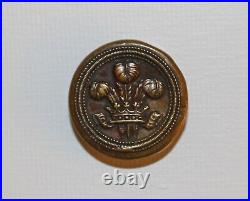 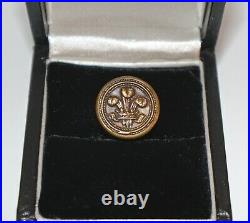 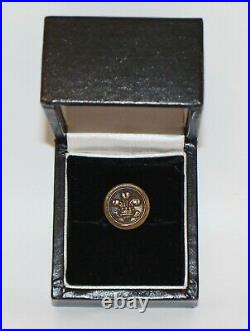 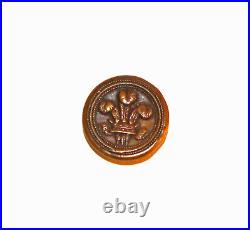 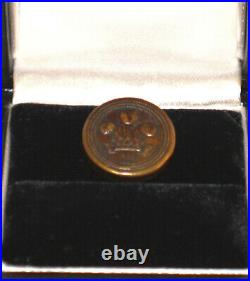 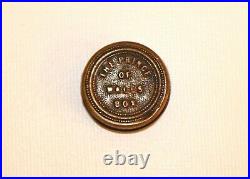 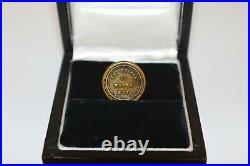 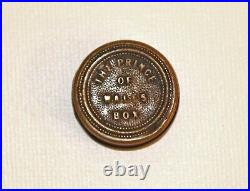 This listing is for a wonderful commemorative box from the birth and investiture of Prince Albert Edward, son of Queen Victoria and her husband HSH Prince Albert, as Prince of Wales from 1841. The box measures 5/8″ in diameter and is approximately 1/8″ tall. This is an exceedingly rare find and something that would be a wonderful gift for and Anglophile (lover of all things English) or and one that collects political/ Royal memorabilia. I have only been able to find one other box like this for sale and have only be able to find 3 more in museum collections throughout the UK. Prince Albert Edward was born November 9th, 1841 at Buckingham Palace. He was the second child and first-born son of Queen Victoria and her Husband Prince Albert, making him heir apparent to his mother’s throne. More commonly referred to as Bertie in his youth, he was grated the title Prince of Wales on December 8th, 1841 and was christened January 25th, 1842. Retaining the title of Prince of Wales for more than 60 years, the longest in England’s History at the time, Bertie had little involvement in politics and eventually gained the title of the Playboy Prince. On January 22nd, 1901 Bertie was proclaimed King of The United Kingdom of Great Britain and Ireland and Emperor of India. Taking his middle name Edward as his Sovereign Title, King Edward VII sat on the throne from 1901 until his death in1910. His time as Prince of Wales and as King ushered in a period of modernization for the British Fleet as well as the entire British Armed Forces and created and more outgoing and public Monarchy for Britain. His title of Prince of Wales, which King Edward retained for 60 years, is an ancient dynastic title dating back to the early settlement of the Welsh Kingdom and was given to a native born Welsh Prince who ruled over the kingdom until the 13th Century. During the invasion of the Welsh Kingdom by Edward I the last native Prince of Wales, Llywelyn ad Gruffudd, was killed. To maintain order in Edward I’s new territory he installed his son, also named Edward, as the first English Prince of Wales in 1301. The title is dynastic and has been granted by a king or queen to the heir apparent of the British Throne since the first instillation of an English Prince in the 14th century. The Welsh Nation has not always been found of the British Throne grating the title for their nation to unseen faces. During the reign of King George V, Son and heir of King Edward VII, it was felt by several leaders of the UK, that a nation torn by war and uncertainty could use the monarchy and public ceremony to help ease the tension felt within parts of the British Nation. King George V decided to reinstate the public investiture of the Prince of Wales starting in 1911, then grated to George V’s son, Edward Albert Christian George Andrew Patrick David, who later became Edward VIII, the king that abdicated his throne so he could marry Wallis Simpson. The last Prince of Wales Ceremony was in 1969 for Queen Elizabeth II’s son, Charles who is the current holder of the Prince of Wales title. This small box is an amazing opportunity to own such an amazing tie to World History! I encourage you to go and check out my other listings I have available and be sure to check back each week for new items being added! I have been working in the field of antiques and estate management and sales for over five years. I have a background in Art Business and law and have a passion for discovering the history of each items I sell. This item is in the category “Collectibles\Historical Memorabilia\Other Historical Memorabilia”. The seller is “adtuc3135″ and is located in this country: US. This item can be shipped to United States. 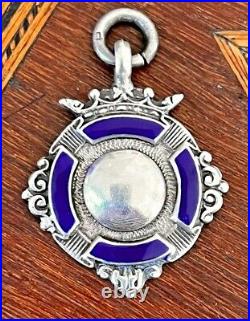 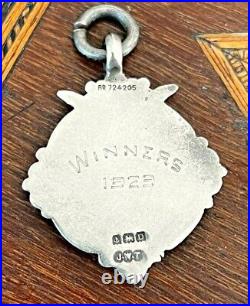 Stunning Antique English Sterling Silver Watch Fob with, enameled Blue band and lovely detailed Cartouche, Hallmarked, 1929. These award metals were worn on English Gentlemen’s pocket watch chains in days gone by. Use as a pendant on a trendy chunky chain with toggle layered with a lovely strand of freshwater pearls or vintage glass beads. Please see LILY MANOR JEWELRY STORE for other lovely one-of-a-kind statement necklaces. This item is in the category “Jewelry & Watches\Vintage & Antique Jewelry\Necklaces & Pendants”. The seller is “lilymanorjewelry” and is located in this country: US. This item can be shipped to United States.